The moment we finished work Monday afternoon, the car already packed with our ski gear, we hit the road towards Charlevoix. We were all stoked. A family vacation and the snow storm in the weather forecast. 25-35 cm of new powder was enough for us to actually change our vacation plans. As originally we were going to spend the week in the Eastern Townships though with all the rain they were announcing, wasn’t too hard to convince us to change our plans.

The moment we checked in our Airbnb l’Éveil du Fleuve in Petite-Rivière-Saint-Francois, we noticed how high the snow banks were and we had to drive carefully due to all the snow falling. It was actually quite a nice change of scenery, coming from Montreal were there was no snow left on the roads and dirty brown snowbanks melting away.

Tuesday morning, bright and already we all headed off to the Chalet de la Base. With a -1 degree weather, it was raining. Even though I had hoped there to be a snowy day, nothing was going to stop me from hitting the slopes, or so I thought… even with no line up at the chairlift.

First run, we went down La Petite Rivière which was a nice warm up with all the family skiing together. A nicely groomed run. It was a different experience though having to stop every few minutes to simply remove the ice from our goggles. The freezing rain was sticking to our lenses and at the same time pinching our cheeks. Instead of using the chairlift to go back up, we choose to stay dry in the gondola.

Second run, we went down La Prairie and then the L’Estran glades. What a gorgeous run! Fresh pow with a small crust of ice which the boys enjoying boarding thru. Us skiers, we stayed closer to the to the right or should I say the La Prairie. Being on skis, it was easier to follow tracks as the little crust layer was already all broken and made it much easier to control out skis.

Going back up in the gondola to avoid the freezing rain, there was a power outage so we must have been about 20 minutes chatting away before the gondola started again using the generator.

I then decided to follow the boys. Being not familiar with the ski hill, I had no clue what I was getting myself into when I heard them say they were going to Le Mur. I started going down, looked back and noticed the guys were not following me. A mogul trail and just one skier before me had gone down. The snow conditions were what I’d call a nightmare since there was a ice crust covering the entire trail. The others had decided to continue on and go down the next trail… so here I was, stuck in Le Mur, alone. I wasn’t enjoying myself as I had no control over my skis due to the snow crust covering the powder. Best feeling ever once I made it out of there and onto a new groomed trail.

Being all soaked, we then went in the chalet for lunch. That’s were I decided I no longer wanted to ski in rain. Whereas the other half of the group continued on for two more runs before calling it quits due to the freezing rain. We’re hoping the rain stops for tomorrow… 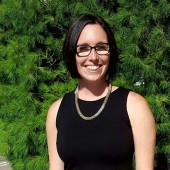 Winter has got to be my favourite season to play outside and go skiing!! Love sharing my passion with others and simply have fun. My goal this winter would be to discover new hills.